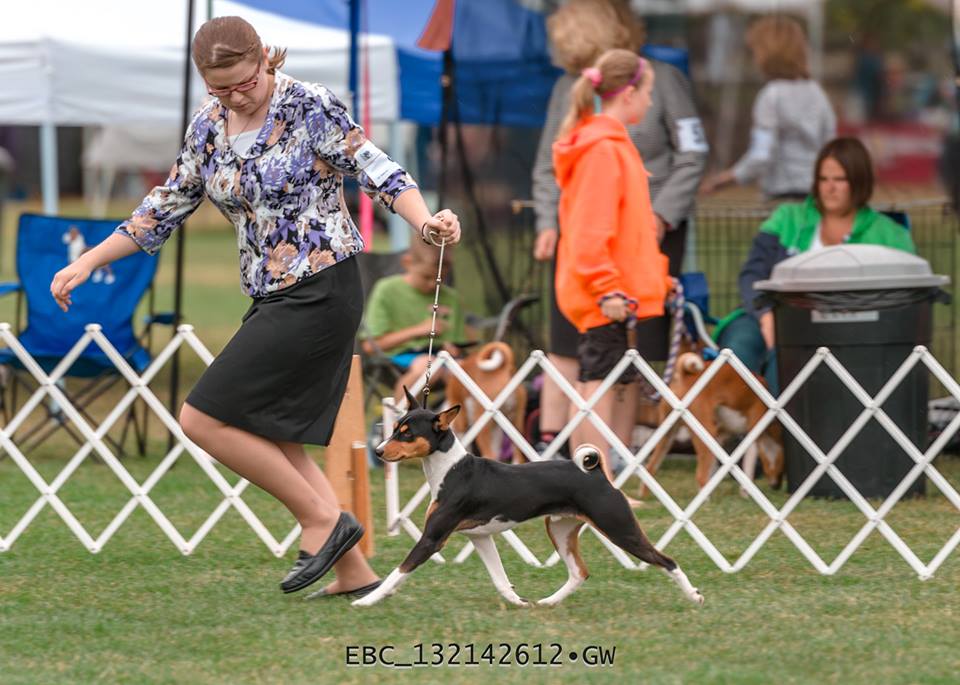 Nile is our first Basenji, and the sire to our first litter. Nile arrived at our home at the age of 5 months and Cali started showing him immediately at 6 months. His keen aptitude for the show ring and his solid structure made him an excellent show dog. He finished at 6 months going breed over specials for a major. Shortly after receiving his Championship, Nile started his specials career. His mature temperament made him stand out in the group ring where he received countless group placements. Every year Nile showed he remained in the Top Twenty for All-Breed points.

During his Special's career he also showed in Junior Showmanship with Cali Shattuck. His knack for the Conformation ring helped the young team to win multiple Best Juniors for 4 years. Also qualifying for Eukanuba every year, as well as competing in Westminster.

Nile is now retired living the good life at home as a couch potato. He is shown selectively at specialty shows and in the Veteran Classes after recently turning 7 this past year. He sired his first litter last winter, passing his "show" gene to all of the puppies.

Update - Nile will be bred to Fergie this coming fall.  Puppy inquiries welcome 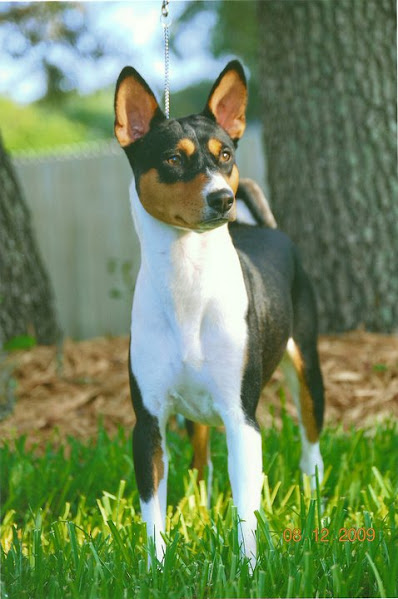 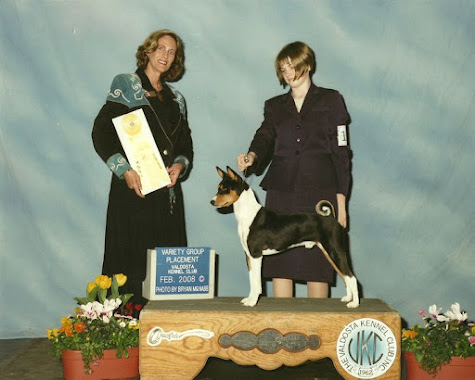 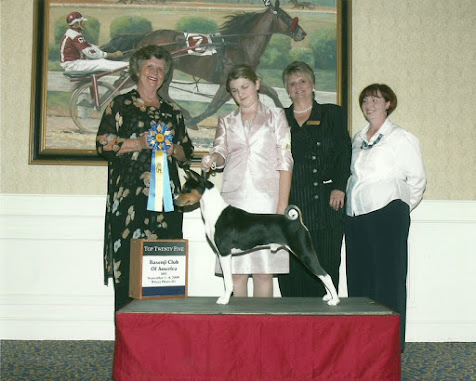 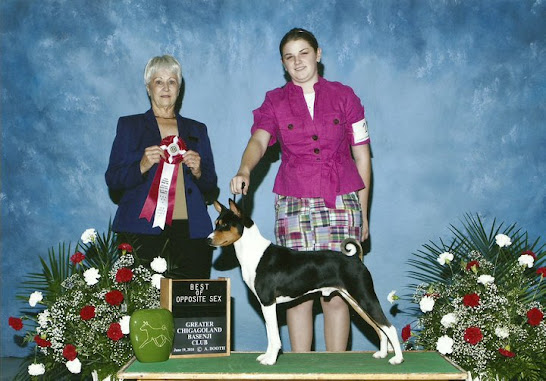 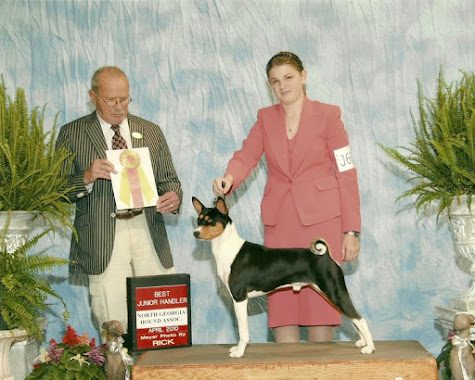 Judah is our first  finished Champion at the young age of 1 years old. He finished at the 2013 Eukanuba Dog Show receiving Winners Dog and Best of Winners for a 3 point major. He is also our first Bred-By Champion. Judah started his show career with a bang winning, on his very first day, Best of Breed over a special and then going on to win a Group 4 under prestigious hound breeder-judge Pat Trotter. Shortly after, Judah went to the 2013 EBC Specialty winning Winners Dog from the extremely competitive Bred-By Exhibitor Class for a 4 point major. In the fall of 2013 at the Brooksville Dog Show, Judah won breed again over specials and then went on to win a Group 3 in a well attended Hound Group.

2014 Update: Judah received his Grand Championship title in June at the Orlando, Florida Dog Shows. He continues being shown selectively throughout the year getting prepared for his appearance at the 2014 BCOA Nationals.

In 2015, Judah was bred to Aria.  Please see the descriptions of the their two champions, Jojo and Nikko.

Judah is now one point shy of his field coursing championship.  He loves to run and we look forward to his puppies continuing this trend in both the show ring and field.

Judah lives withe Lemuel Miller and his family. He is a companion to Lem's American Bulldogs and is a congenial host to the bulldog puppies.  Judah has been raised with children of all ages and will gravitate toward a child for play time any day of the week!

Calvin is the fourth dog to be shown from our 2012 litter. He has had as much success as his brother, Judah, winning Best Bred By in Show his first weekend out showing. His easy going demeanor makes him much to be desired for in the show ring. Calvin demonstrates excellent type, complimented on his solid top line and shortness of back. His head, a direct copy of his mother's, has perfect wrinkling and hooded ears. He has much to bring to the breed ring, and will be in pursuit of his Championship title next year.

2014 update: At Calvin's first show of this year, he took Best of Breed over six specials at the Hound Specialty in Richmond, Virginia. Thanks to AKC Judge Houston Clark, this gave Calvin his first 5 point major!

Calvin received his final major in April finishing his Championship title at the Elkton, Florida Dog Shows! We are extremely proud of this boy as he has also managed to gain a spot in the Top Twenty (Breed Points) for 2014. We will continue to show him at selective shows in hopes of achieving his Grand Championship.

His owners, Randy, Suzie and Coleman, take great care of him while he shows "part-time" during the year. Often taking him on long walks and rides on their boat, he lives quite the life down here in Florida. 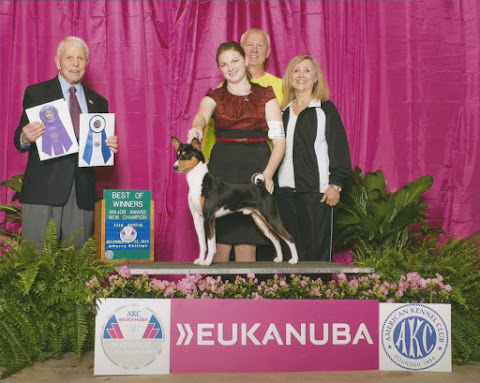 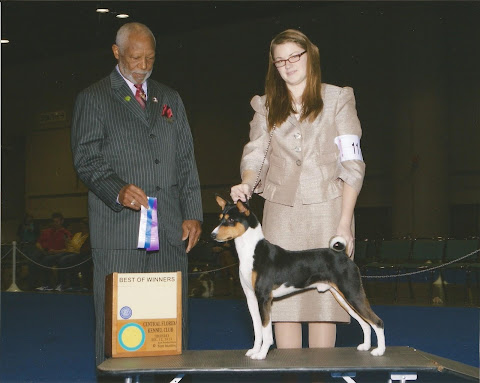 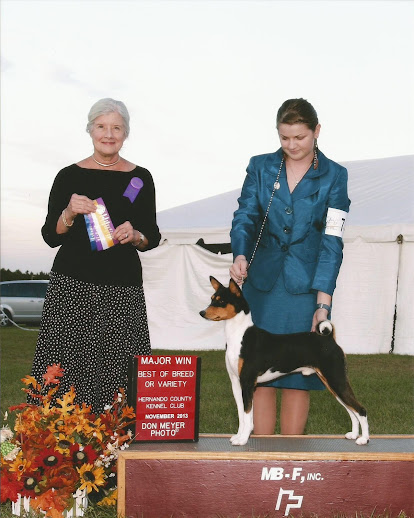 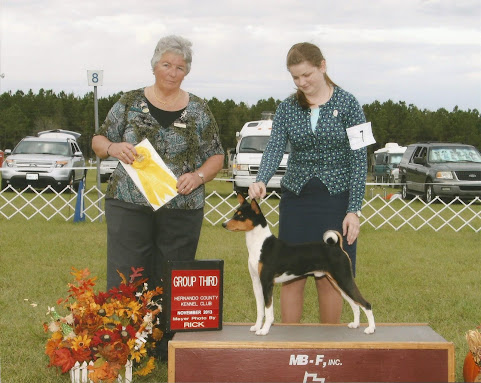 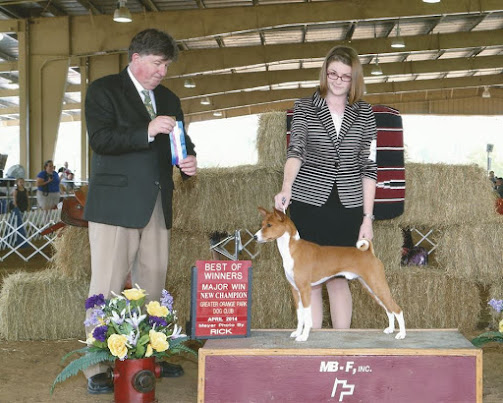 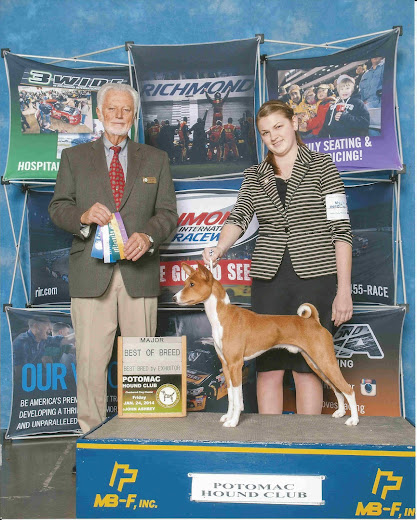 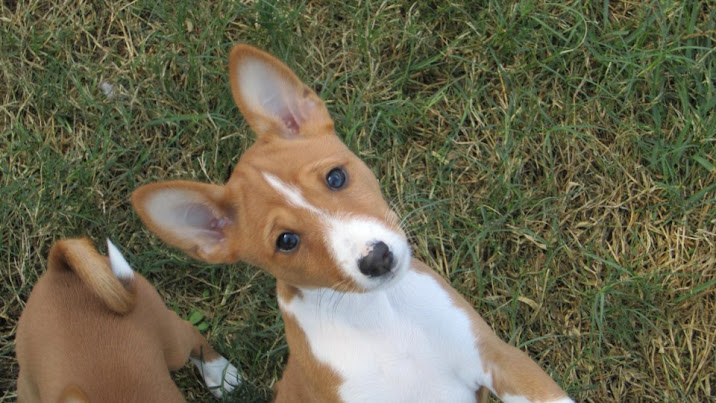 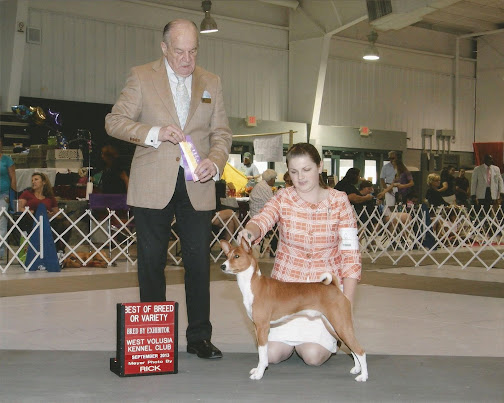 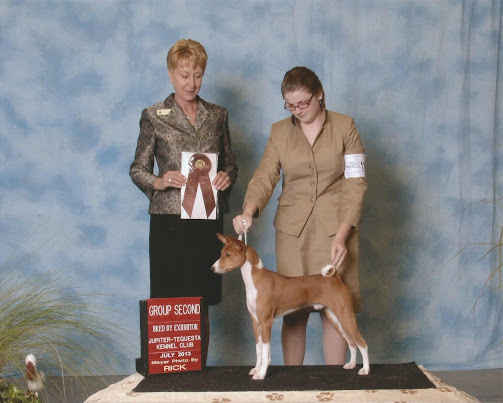 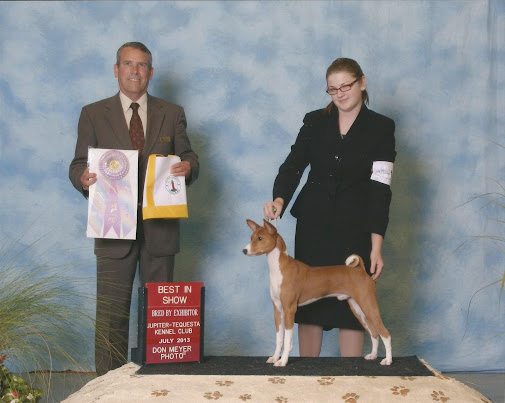 Nikko finished at the Atlanta shows in January, 2017 with 3 five point majors!  He took time to mature in both mind and body but it all came together that weekend. His fantastic side gait and hooded ears are some of his best features.

Nikko lives with his sister, Kaira and has always been a couch potato. He shares his home with his humans, Adrienne and Dave.  Nikko has the best temperament and is calm, cool and collected in all situations. This is in part due to the excellent socialization his parents have provided.

Nikko and Kaira will walking down the aisle in their parents wedding thie fall. Pictures to follow.

Nikko will be on the field coursing this fall. 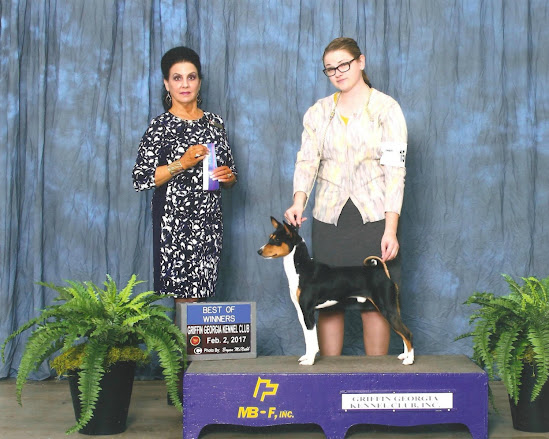 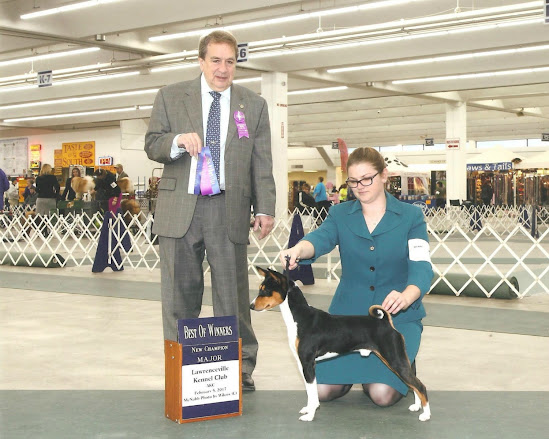 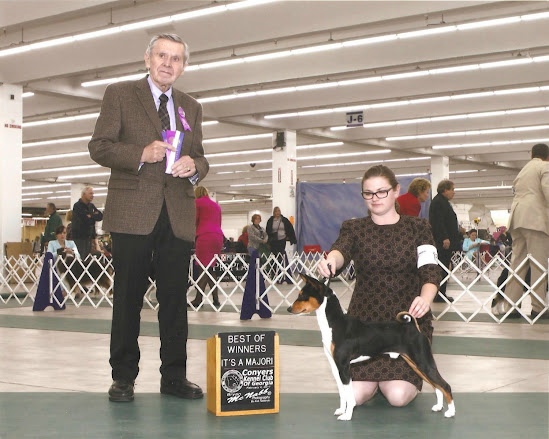