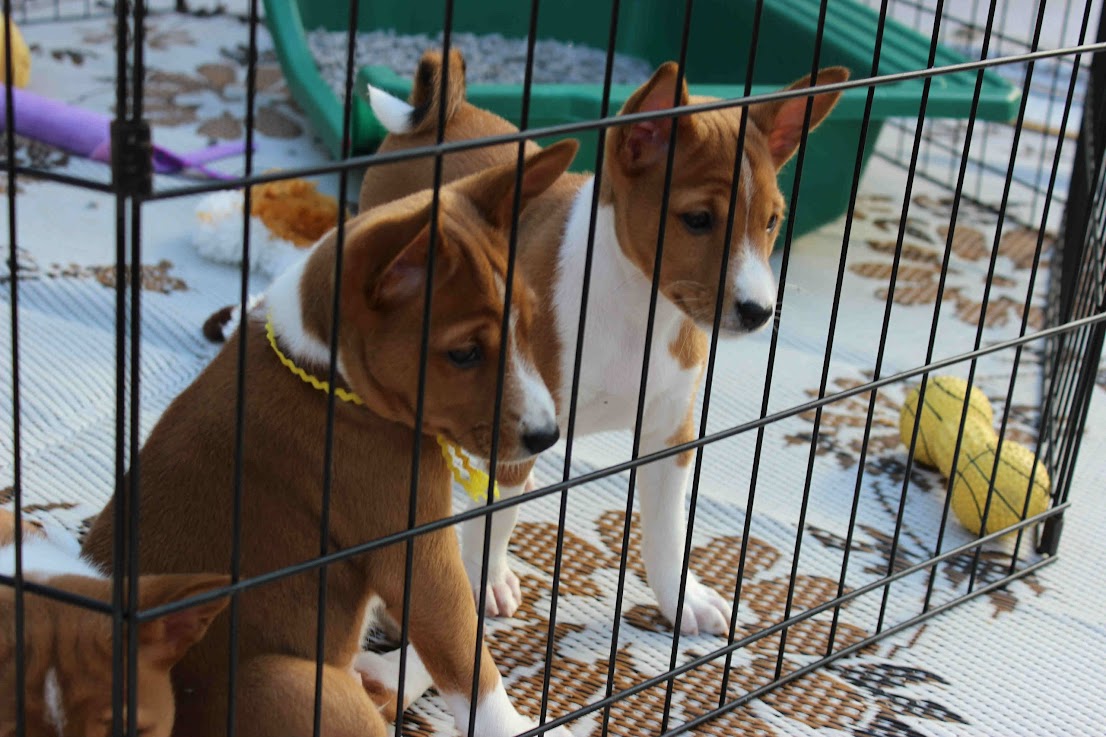 Fergie is our foundation Bitch. She has had many accomplishments, starting at the very young age of 6 months she quickly proved herself in the show ring. At the 2010 EBC Specialty she went Winners Bitch/Best of Winners/Best of Opposite Sex over multiple Top Twenty Specials for a 5 point major under hound judge Garreth Morgan-Jones. She finished her Championship shortly after at 7 months.

That following year she began her specials career, quickly rising through the rankings winning multiple group placements and breed wins, as well as an Award of Merit at the Basenji Club of America National Specialty. In the Fall of 2011, Fergie won her first Best in Show, after receiving back to back Group Ones, under judge Donald Gill. She ended that year with an Award of Merit at Eukanuba.

Since then, she has earned her first lure coursing title showing natural prey driven instinct as well as producing her first litter of six beautiful puppies. Fergie has been shown sparingly at Specialty shows, where she has gone on to repeat her Best of Opposite Sex win at the 2013 EBC Specialty shortly after recovering from her first litter. Fergie is due to have her second litter at the end of this year.

Fergie's second litter was sired by Ch Sonbar's Z for Zorro and resulted in 4 puppies which are all red and white.  The first Champion was Aria, Veramonte's Song of Winterfell.  The second champion was Pearl, Veramonte's Khaleesi, Mother of Dragons.  The third dog is one point shy of finishing and lives in Seattle.  His name is Duke, Taji's Platunum Duke of Veramonte.  Finally, Lewis, Veramonte's Jon Snow lives in sunny southern Florida and is working on his tracking, obediance and agility titles. 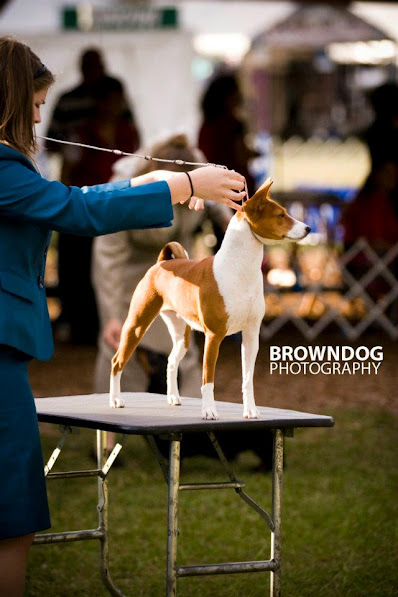 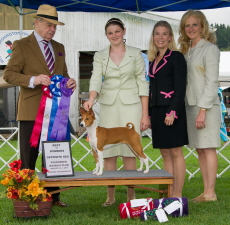 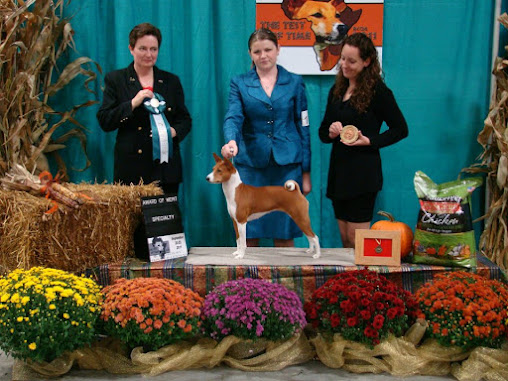 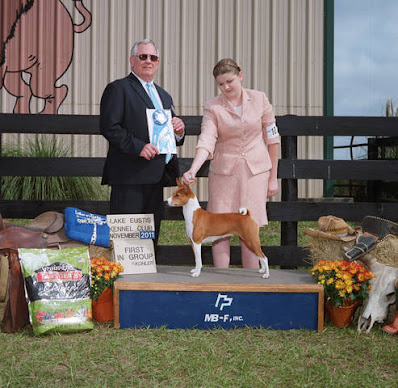 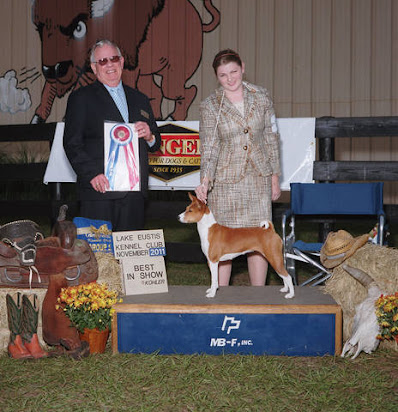 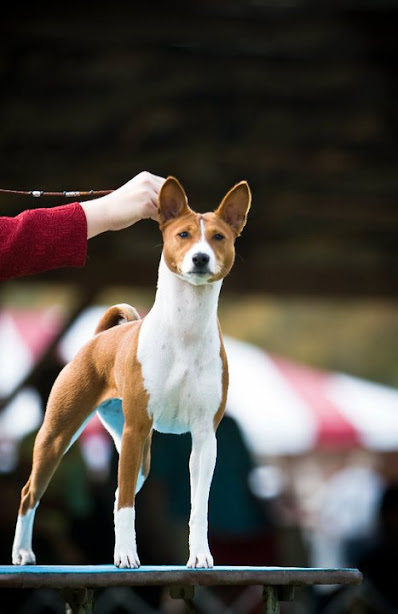 Xena is the second dog to be shown from our first litter. In her first weekend out she went breed over specials. She has continued this persistence in the ring receiving multiple Winners Bitch, Best of Winners and Best of Opposite Sex. Her sweet, easy going attitude parallels her father's, Nile, demeanor. Her petite sturdy structure makes it hard to pass her up in the ring. Xena received her Championship this past July in West Palm, Florida. She is the fourth, and final, dog to finish her AKC Championship title from our first litter!

For owners Amy, Jeff and Wyatt this is their second Basenji, and second "show" Basenji. They have taken excellent care of both of their Basenjis, and are very supportive of their careers. 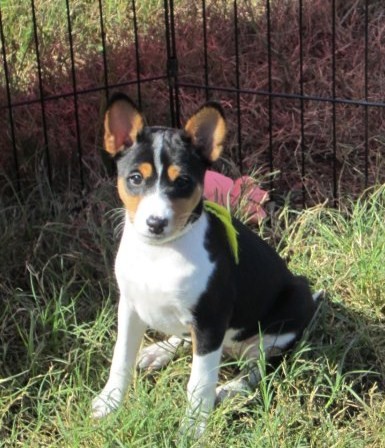 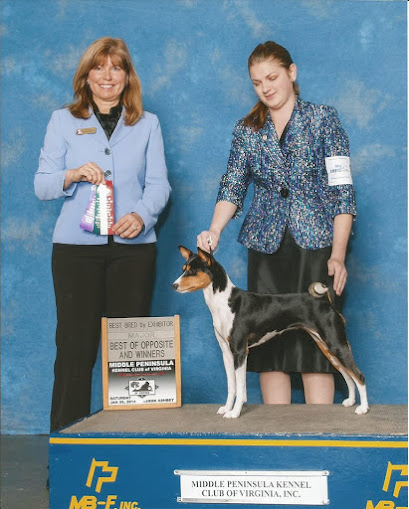 Aria is from our second litter and is the first to receive her Championship. She is also the fifth puppy to finish out of the dam, Ch. Taji Goes Platinum, making her eligible for the brood bitch honor roll. It did not take Aria long to receive her title. In only a few months of showing Aria quickly managed to win several majors. In July of 2014, Aria received 3 majors by going Best of Winners all but one day at the Greensville, South Carolina show. She continued to show her quality as a puppy by going breed from the classes at multiple venues.

Not only has Aria honored her lineage, but she has also created history for our kennel by going Best of Breed at the 2014 Eukanuba National Dog Show. At her first weekend out as a special Aria managed to beat over 8 top dogs to win the prestigious breed class at only a year old.

Aria continues to amaze us through her success in the ring and on the field. In only weekend, Aria competed at her first AKC lure coursing trial and received two 5 point majors by winning the Open Class the first day, and then went onto winning Best of Breed for another major in the same weekend!  This allowed her to finish her Lure Coursing Championship in just two weekends.  Her athleticism and balanced structure allows her to be a powerhouse both in the ring and on the field.

Aria lives with Mitch and Katie and is treated like a royal princess.  This is their first basenji and they will continue to lure course her as well as taking her dining to their favorite restaurant! 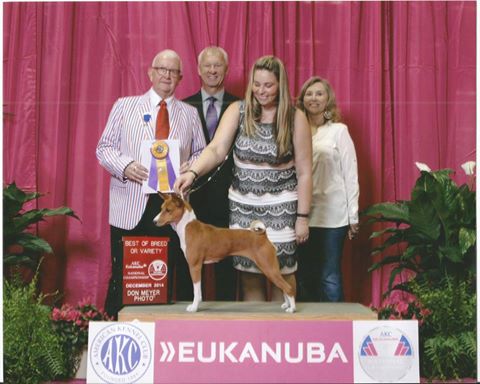 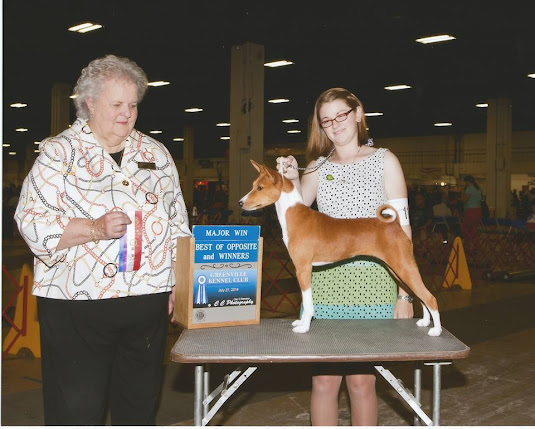 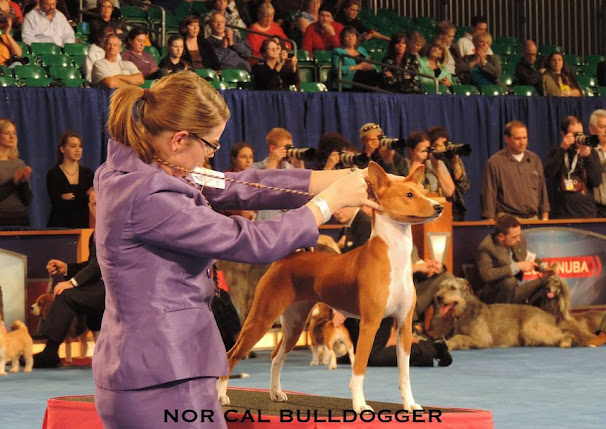 Pearl finished her Championship title shortly after her sister, Aria, during the January Brooksville Fl Circuit in 2015. Pearl, having the feisty personality of her mother, proved herself in the breed ring multiple times by going Best of Winners and Best of Opposite in Greensboro, NC during the shows in July. After acquiring her Championship in limited showing,

Within three months of obtaining her Championship,Pearl has become a Grand Champion in the Conformation ring, and a Senior Courser in the field! Pearl also loves the Barn Hunt arena with showing immediate aptitude her first time out earning her Rat Instinct Title in April of 2016.

UPDATE-Pearl earned her lure coursing Championship in January of 2017 and is now a Dual Champion!  She will continue to run as that is one of her absolute favorite things to do!

Pearl is available to an outstanding home. Please email veramontekennels@aol.com if interested. 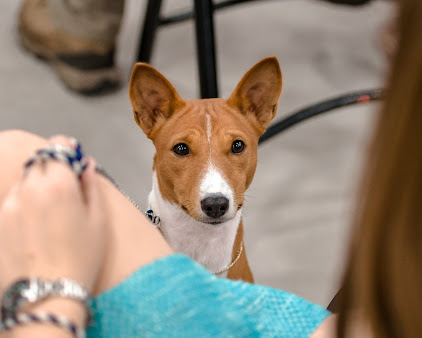 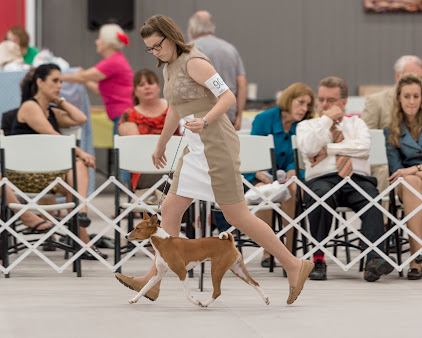 Jojo finished just one month shy of her first birthday. She did this by getting 2 five point majors at the Greenville show in July of 2016 in which she beat top specials for BOS. She has the most easiest going attitude both in and out of the ring. She is very easy to show and the best traveler.

Jojo lives with her best friend, Shadow (havanese) and her family, Stephen, Susie and Tess. This is their third basenji and first show dog.

Look for her on the field in the fall.